Ecstasy, Life and Other Ecstatic Practices 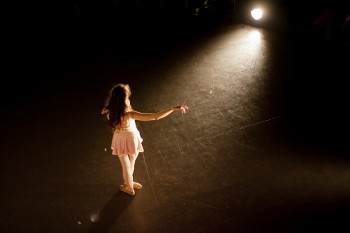 MULTIDISCIPLINARY EVENT IN ART AND IN MENTAL HEALTH
DOWNTOWN QUÉBEC

Folie/Culture ended its programming cycle on ecstasy in the fall of 2012 with the international event on art and mental health, Ecstasy, Life, and Other Ecstatic Practices! Pursuing a reflection on spirituality, religion and the search for meaning in life, Folie/Culture invited the public to an ecstatic multidisciplinary encounter!
Continuing in a spirit of innovation, Folie/Culture addressed the avenues that ecstasy takes today. In the quest for meaning, the answers come equally from pure reason or from reason adrift. Now, what roads lead to ecstasy today? How do we name and describe the return of religion, the spontaneous generation of new churches and sects, physical practices of the exalted body, the rejection of reason, and the rise of creationism alongside the exponential growth of social networks on the Web? We assume, with a touch of irony, that life is one ecstatic practice and that it is worthwhile exploring others.

Ecstasy, Life, and Other Ecstatic Practices took place over four days during which we could frequent this powerful state of the charged body through exhibitions, installations, a long-term intervention, performances, a multidisciplinary presentation, video programming, a lecture, and a roundtable discussion with an explosive formula.
Folie/Culture invited the public to several places in the City: the Local (754, rue Saint-Joseph), L’Œil de Poisson, Engramme, L’AgitéE, the Centre Alyne-Lebel, and Parc Saint-Roch.